Tonight was the first time in many months that I have gone out in multiple layers. In fact, an undershirt, a long sleeve button down western shirt, a sweater, and a denim jacket with scarf were necessary for my night hike. I hiked from my place to the top of Love Circle with a flask of 10 year Eagle Rare which I had drunk by the time I reached the summit of Love Circle. After spending an hour there contemplating my city and watching a stranger take the city's picture many times over from a carefully positioned tripod, I hiked back towards Belmont and met with up whoever happened to be at PM. I spoke with Emily for a while who I haven't seen in a month before walking with Caleb and Zach to Circle K where we all bought a 24 oz beer for the walk to Caleb's place. We ordered pizza and played modern video games I'd never heard of and am apparently terrible at before Zach and I left and walked home late at night talking about classical music and the playing of it in Nashville.

Tonight it's 40 deg and tomorrow the Belcourt is playing a Roman Polanski film: the Repulsion. Fall is here. And I'm more than ready for it. 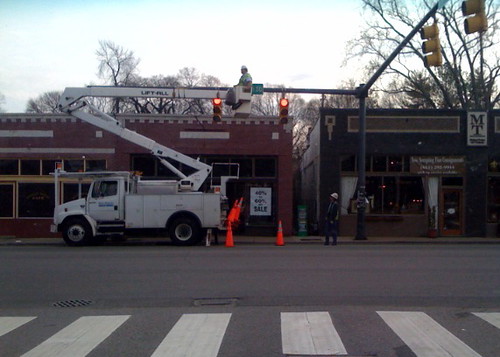 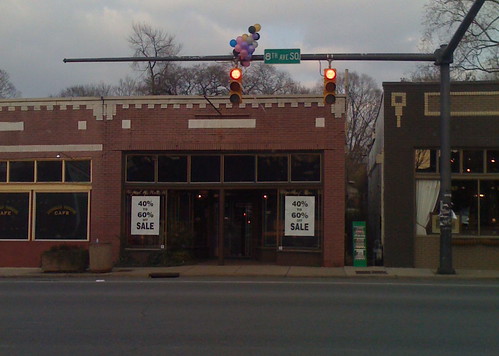 As I made that beautiful drive in my tail-finned road locomotive I began to think about what we're about to lose. The American Dream seems lately to be on such fragile footing. I wondered, will I be able to drive my kids across these mountains someday in a family truckster? What will my future station wagon even look like if I am allowed to have one?

As I drove across Nickajack I could see CSX trains running down the old NC&StL trackage along the shoreline, chugging toward the Cowan Tunnel. I began to wonder if we'd ever see a passenger route along those tracks again. I began to wonder what that would look like. Would it be an Amtrak train? Or will there be a newly competitive market for rail travel?

I don't know from what vehicle I'll be showing my family those ridges and valleys, but I hope they'll still be every bit as lush and green 20 and 50 and 100 years on as they were on Wednesday.

Anyone wondering how a senator from the Southern state of Tennessee could end up the champion of the Green movement should take a ride over the Cumberland Plateau with me in any car with tail fins.

(In case you were wondering what I was doing driving a Cadillac across the Tennessee River Valley:

The car was a surprise present for a little old lady whose car I look after on behalf of another man who takes care of her financially. Her 1986 Mercury Grand Marquis had finally gone to the great junkyard in the sky. Today I delivered the Cadillac to her and absolutely made her year. It is the nicest, newest car she's ever owned. It is a real beauty, owned for the past 20 years by my brother-in-law's grandfather who took immaculate care of it.)
Collapse